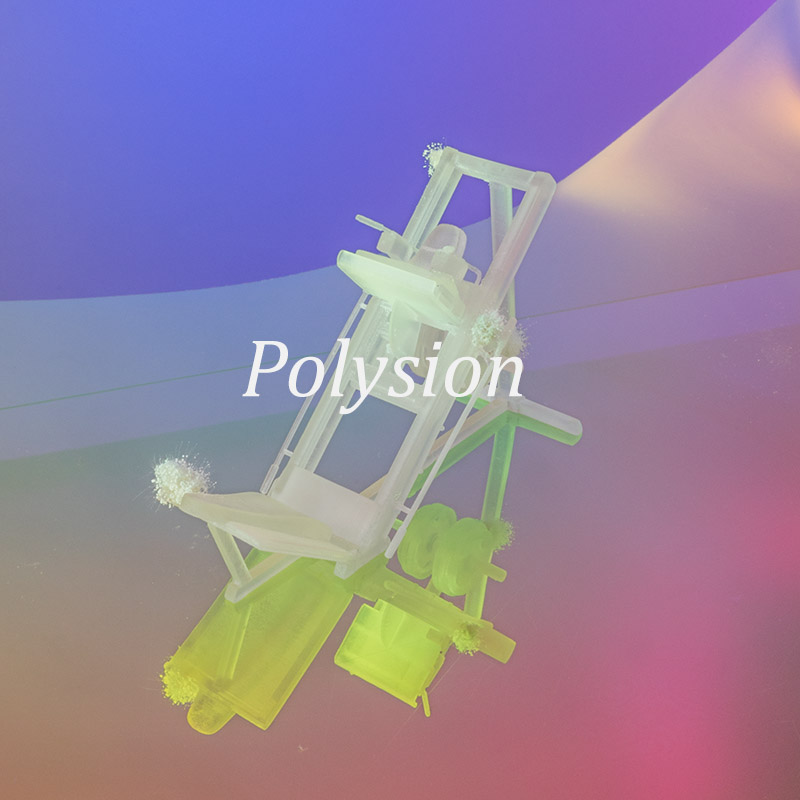 Polysion series has been started since 2018.

I am from Japan and now working in Berlin. I had suffered from indigestions since European dietary culture is not suitable for me. Therefore, I have started to make fermentation foods myself bringing “Koji bacteria” (Aspergillus oryzae) from Japan, which is designated as Japanese “national fungus.” Koji bacteria have played an important role in Japan since B.C. while being tamed and bred.

In the installations, audience should enjoy eating edible art newly created by the artist, that is, Japanese superfood made by using traditional fermentation technology which Koji bacteria decomposes rice starch into glucose.

When being in a sport gym, a feeling came up to me that people there have narcissistic personality disorder regarding their bodies promoted by current Internet Society. Strength training can make their dreams come true to become something totally different from themselves, only on a superficial level. Training machines have no productivity and practicability as they are made only for adding resistance to human body. Their forms make me feel attached and melancholy similar to fetishism. How could people living in the future understand the purpose of the training machines being made when they would find them?

In the future, bacteria tamed by us would grow on meaningless shells made of human greed. I am seeking for the image of such an utopia.