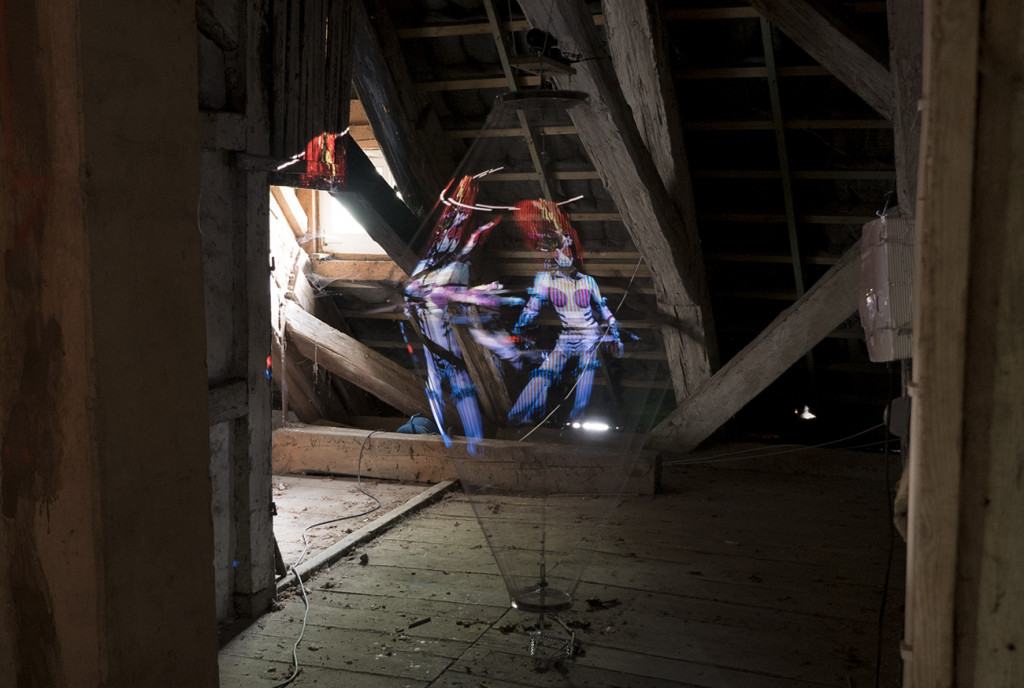 This work speak to her unique ability to harmoniously represent apparent opposites such as Shintoism and rope bondage, and concepts such as isolation and unity. This complex balance is achieved through a highly personal process that involves a total transmutation of the self into an ‘ur-self’, an essential and limitless version of the self that is at once unique and innate. The result of this ritualistic transformation returns one to a ‘natural state’ in the sense that the subconscious is primal and instinctive and even animalistic.

Agop first embodied this state during a previous residency in Thailand in 2014. It was here that she created another work on video to represent her pursuit of the spiritual elements that unite us as human and as animals to become closer to nature. This kinetic video installation combines contemporary video presentation with ancient techniques and salvaged materials to create a spectral vision of this same self. A simple rotating motor transforms the natural materials into a three-dimensional screen that hosts the figure which appears to hover in space as it moves, bends, and flows. Without the spinning frameworks composed natural elements of wood and rope, the image would not exist, mirroring our own dependence on and inextricable connection with nature.

A sincere reverence for all things natural is at the heart of these her works and relates heavily to Agop’s cultural heritage in the Japanese Shinto religion. In Shinto, as in many polytheistic religions and rituals practiced across the globe, humans are viewed as equivalent beings in a total system in which animals and even natural objects are deified. It is from this perspective that Agop accomplishes the difficult task of fusing two seemingly disparate subjects: new media and video with indigenous ritualistic practices and the primitive self. 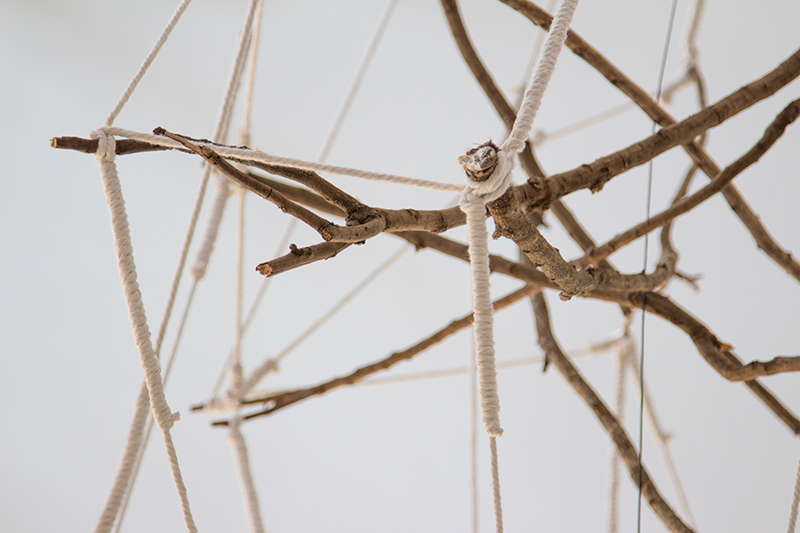 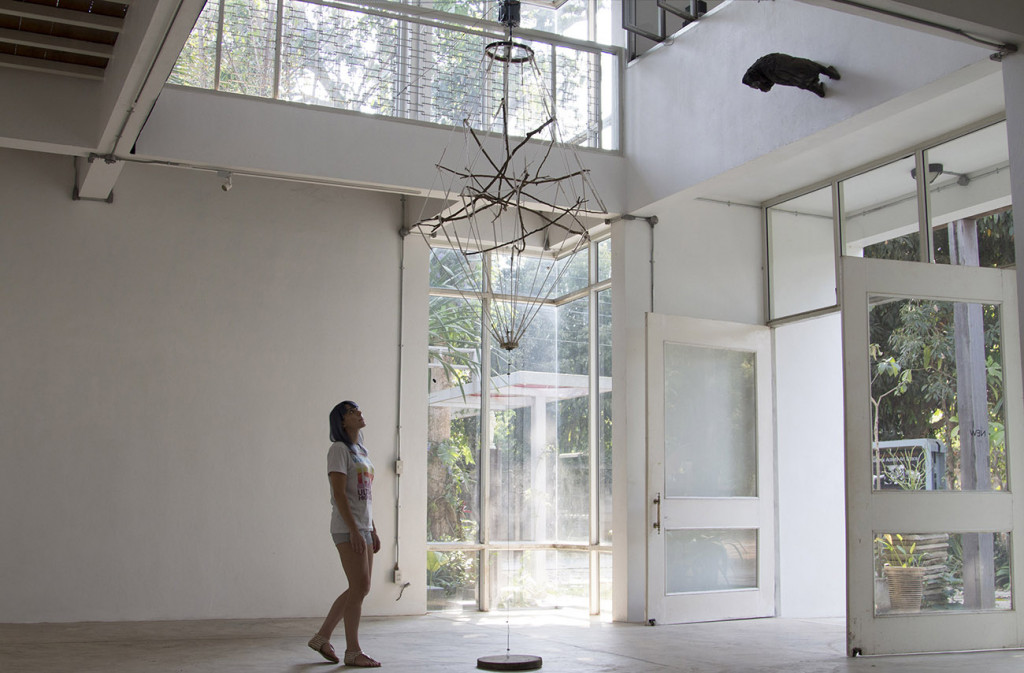 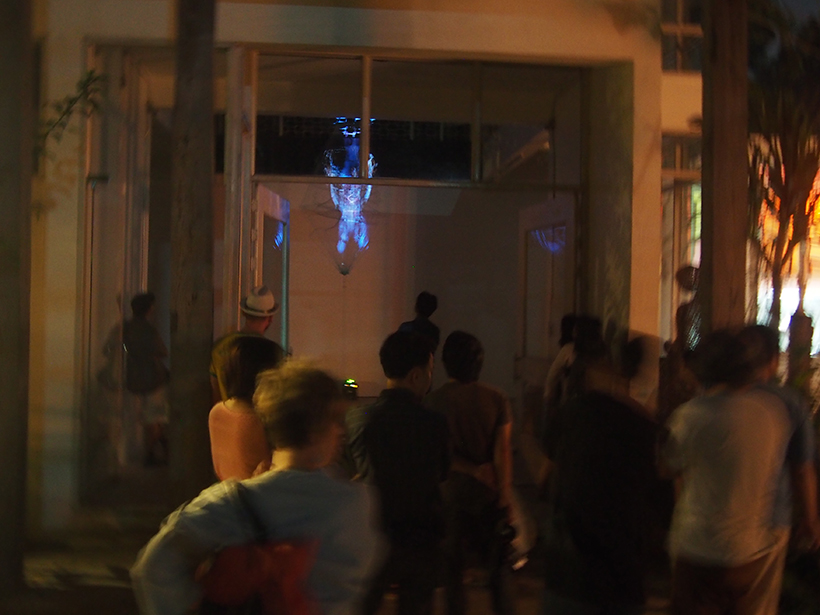 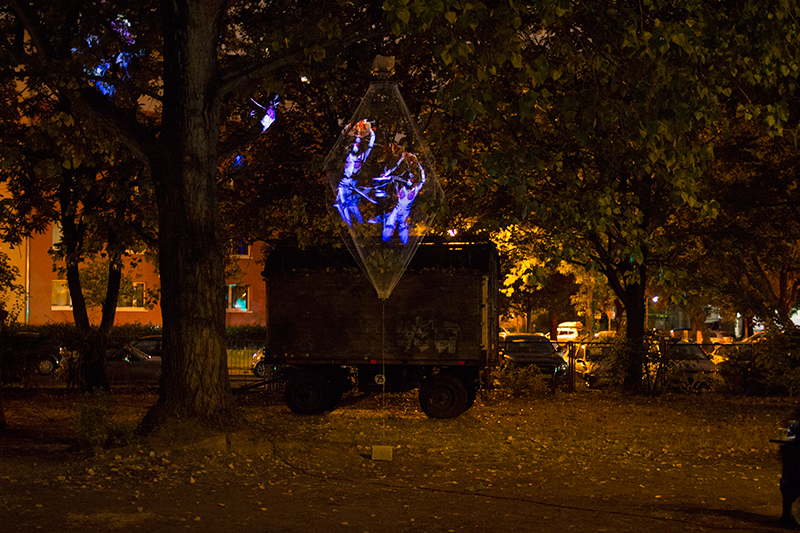 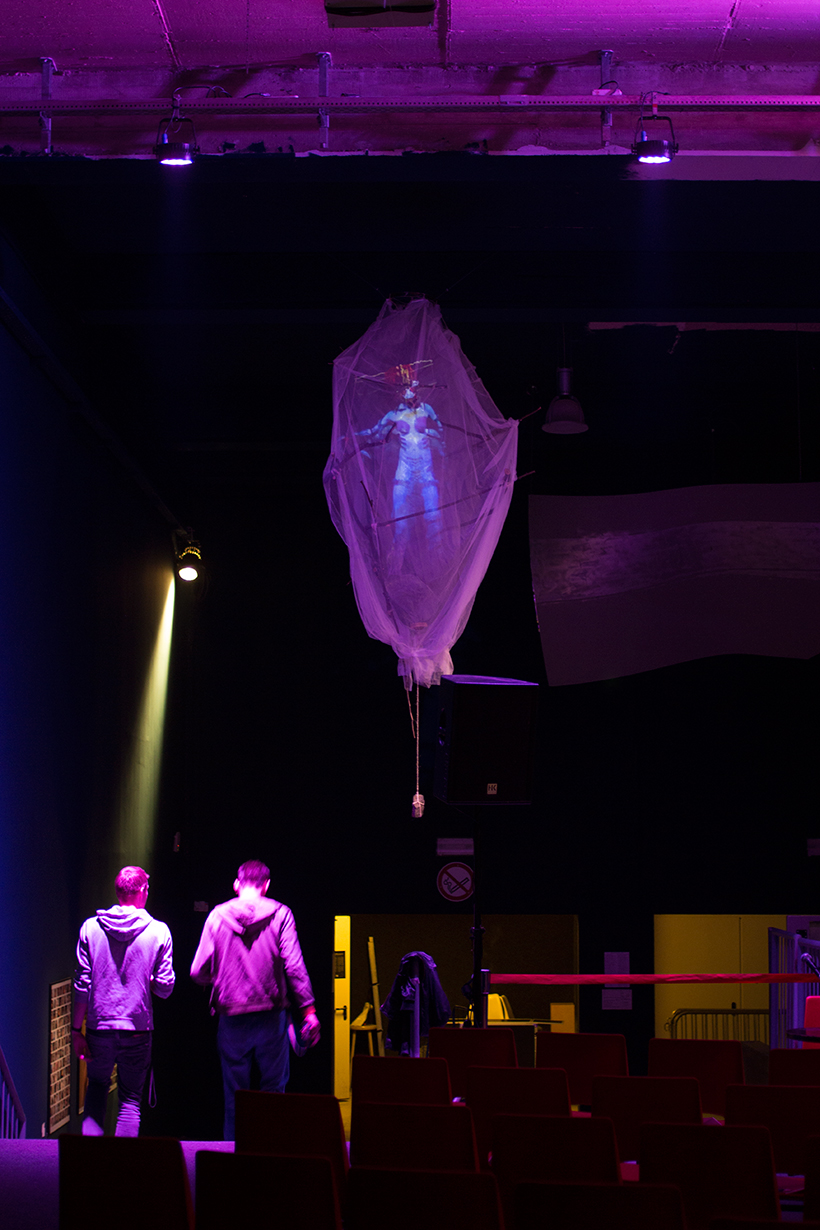